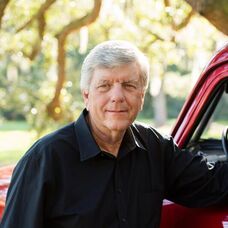 Dan Bremer served as the District Director of the United States Department of Labor, Wage and Hour Division for six years in Atlanta, Georgia and for two years in Little Rock, Arkansas.  He was the Assistant District Director in Montgomery, Alabama and served as a Senior Investigator for the Wage and Hour Division in Miami, Florida and in Gainesville, Florida.  He was an instructor at numerous Compliance Officer Training Classes.

Since retirement from the United States Department of Labor, Dan has been a consultant to many business entities who wish to bring workers to the United States on short-term visas.  He has advised many business entities on issues of compliance with various state and federal labor laws and maintenance of proper records and procedures.  Dan has testified as an expert witness on numerous Fair Labor Standards Act lawsuits.

Dan formed AgWorks 20 years ago to help farmers, foresters and other seasonal employers to find legal workers and to comply with complex labor laws.

Dan served on the Lake Park, Georgia City Council and served two terms as the Chairman of the Lake Park Area Chamber of Commerce. Dan has a BS degree in Business Management from Missouri State University and attended the Masters of Public Administration Program at Florida International University in Miami, Florida.  He served in the United States Marine Corps in 1968, 1969 and 1970. 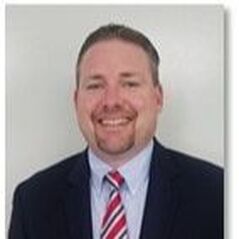 Corey joined GFVGA in May 2019 after successful stints at international, national and state trade organizations. As the chief staff executive of the $1.2mm North Carolina Nursery & Landscape Association, he created and executed the organization’s first strategic growth plan, resulting in double-digit gains in gross revenue, net assets, and membership. As an advocacy professional, Corey was responsible for successfully leading coalitions to: make industry-friendly changes to the Affordable Care Act; simplify and modernize the federal tax code; improve access to capital for small businesses; prevent federal subsidies from threatening the horticulture and forest products industries, and; secure $1.6 billion in funding for specialty crop agriculture. 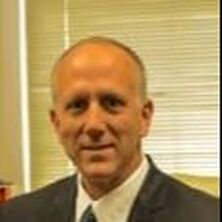 Tommy Gray grew up on a small farm in northwest Georgia.  In 1984, he graduated from the University of Georgia with a degree in Agriculture Economics.  After college, he went to work with Gold Kist, Inc managing a farm services center.  In 1989, he joined the Georgia Department of Agriculture as a pesticide inspector.  In 1991, Tommy moved into management and oversaw the department’s pesticide program for 23 years.  In 2012, he was named director of Plant Industry for the department and currently manages the Ag Inputs section, the Plant Protection section and the Structural Pest Control section.  For fun, he enjoys traveling with his wife Katie and their kids and UGA football. 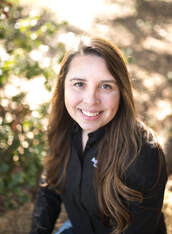 Ellen is the Executive Vice President of AgWorks H2, LLC in Lake Park, Georgia.  AgWorks is the premier H2 labor consulting firm in the United States, helping hundreds of employers bring thousands of legal temporary workers for farming, reforestation, horticulture, and landscaping jobs when U.S. workers cannot be found.  Ellen started with AgWorks in 2000 working under Dan Bremer, a former U.S. Department of Labor Wage and Hour Division District Director, and has advanced to fill a critical leadership role.  She has been involved in all aspects of the AgWorks business including management, information technology, lobbying, international worker coordination, marketing, human resources and labor law compliance assistance.  Ellen is a graduate of Valdosta State University with a Bachelor of Business Administration in Accounting.  She is originally from the Washington D.C. Metropolitan area, but has lived in South Georgia for over 25 years.  She and her husband currently reside in Valdosta, Georgia and are members of the Homerville Free Will Baptist Church. 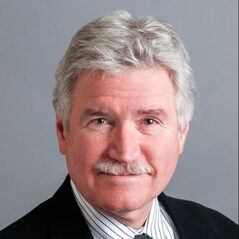 Walter Kruger is a partner in the Fisher & Phillips LLP Atlanta office.  He is an attorney, a registered mediator, and an arbitrator. He has registered with the Georgia Office of Dispute Resolution and is available to assist as a neutral in alternative dispute resolution matters. Walter has extensive experience in labor and employment law, including litigation and trial practice before federal and state courts, as well as before governmental agencies such as the US Department of Labor Wage and Hour Division and the Occupational Safety and Health Administration (OSHA), the Equal Employment Opportunity Commission (EEOC), and the National Labor Relations Board (NLRB). 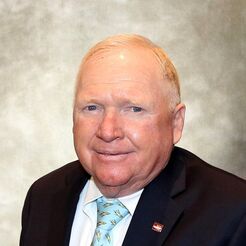 He serves as the 12th person to lead Georgia Farm Bureau as it strives to be “The Voice of Georgia
Farmers” in the legislative and regulatory arenas. Mr. Long has been a Farm Bureau member since 1970. He serves on the Decatur County Farm Bureau Board of Directors and has served in many capacities in his local Farm Bureau, including the offices of secretary/treasurer, vice president, and president. In 1999, Mr. Long was elected to serve on the Georgia Farm Bureau Board of Directors representing the 14 counties on the 9th Farm Bureau District in Southwest Georgia. In 2006, the 53 counties in the South Georgia area elected him as South Georgia Vice President, and in 2008, the statewide delegates designated Gerald Long as First Vice President. He has been reelected to that position each year since.

Mr. Long attended Abraham Baldwin Agricultural College (ABAC) and majored in Agronomy & Animal Science. While at ABAC, he met his future wife, the former Janice McCorkle from Early County. They were married in December, 1970. Mr. & Mrs. Long have three adult children: Justin and his wife, Kelli; Jared and his wife Lori; and Jeanie and her husband Diego Izurieta. They also have three grandchildren, Addie, Wyatt and Warren Long. The Longs are members of the First Baptist Church of Bainbridge, and Mr. Long has served on the deacon board as well as on other committees in the church. In addition to his Farm Bureau leadership, Mr. Long is active in the Decatur County and Georgia Cattlemen’s Association, and he has previously represented Georgia Farm Bureau on the Georgia Beef Board and served as its treasurer.

He is a founding member on the boards of Georgia Peanut Producers, the Georgia Fruit & Vegetable Growers Association, the Flint River Water Planning & Policy Center and GFB Foundation for Ag. He formerly served on the Decatur Count Industrial Development Authority. 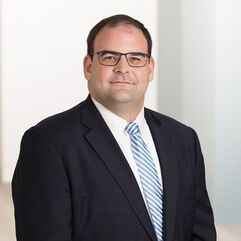 Joel grew up on a peanut, cotton, watermelon, swine and cattle farm in Abbeville, Georgia. Instructed by those experiences on the farm, Joel now leads HBS’s food and agriculture industry group. Joel counsels farm and agribusiness clients, both institutional and family-owned, during every stage of farm land and agricultural operations transactions, including negotiations, due diligence, closing, and post-closing integration and operations.  Joel regularly assists farms and agribusiness clients with a variety of operational matters, including compliance with agricultural labor laws and agricultural exemptions under the applicable transportation laws and the negotiating and review of supply chain contracts.  Joel also provides regulatory guidance and litigation services in the food and agriculture spaces, including significant experience with the Perishable Agricultural Commodities Act. 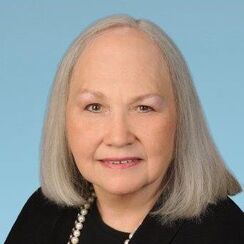 Ann Margaret Pointer is a partner in the Atlanta office of the national labor and employment law firm of Fisher & Phillips LLP. The firm represents management in labor, employment, benefits and immigration matters, including in connection with H-2A and H-2B audits and litigation.

Ann Margaret represents clients in private and DOL litigation and investigations under the Fair Labor Standards Act, the Migrant and Seasonal Agricultural Worker Protection Act, the H-2A temporary foreign agricultural worker program, the Occupational Safety and Health Act, and many other federal and state employment and discrimination laws. She also handles collective bargaining negotiations, and she works with clients under threat of expensive class and collective action lawsuits to investigate claims and to resolve them without the expense, disruption, and other adverse consequences of filed litigation.

She is a graduate of the University of Virginia School of Law and served as an adjunct professor at the Emory University Law School in Atlanta for more than ten years, teaching pretrial litigation.  She is a frequent lecturer in continuing legal education programs for other lawyers and business executives. She is AV Peer Review Rated by Martindale-Hubbell and has been recognized by listings in Georgia Super Lawyers, The Best Lawyers in America, and Chambers USA America’s Leading Business Lawyers.  She is on the Advisory Board of Employment Law Daily.  A more detailed bio is available here: https://www.fisherphillips.com/attorneys-apointer

FisherPhillips has over 370 attorneys in 32 offices. Founded 75 years ago, it is one of the largest U.S. law firms to concentrate its practice exclusively upon representation of employers in labor and employment matters. 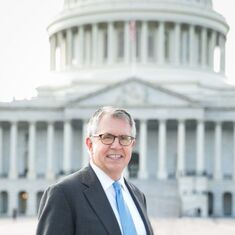 Bob Redding is the President of The Redding Firm, a legislative consulting and advocacy firm located on Capitol Hill. He opened his firm in 1993 after working twelve years on Capitol Hill -- six years as a Chief of Staff in the U.S. House of Representatives and six years as an Executive Assistant and Chief of Staff in the U.S. Senate.  He worked with Members of Congress serving on the House and Senate Agriculture Committees, the Senate Appropriations, Energy and Natural Resource, and Budget Committees, and the House Small Business Committee.  Bob has served as national and state finance chair for a number of Members of the U.S. House and Senate.

Mike Rios is the Enforcement Coordinator for Agricultural Investigations in the S.E. Region.  Mike has been with the Department for 20 years, and has specialized in agriculture throughout his career.  Mike’s duties include investigator training, case reviews and evaluations, and coordination with other enforcement agencies.  Currently, Mike is also working with the Department of Labor’s Bureau of International Labor Affairs, where he has traveled to Central and South America to help strengthen the capacity of labor inspectorates in Paraguay, Honduras, and Panamá. 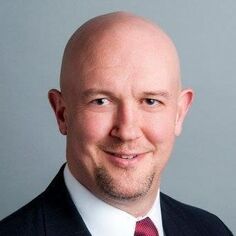 Employers represented by Josh Viau consider him a valuable resource for avoiding disputes as well as a tireless advocate when disputes do arise.

Josh counsels and defends many agricultural employers in connection with the Fair Labor Standards Act (FLSA) the Migrant and Seasonal Agricultural Worker Protection Act (MSPA), the H-2A temporary foreign agricultural worker program, and other federal and state employment and discrimination laws.  His work for employer clients includes defending claims and advising employers on day to day issues arising under state and federal statutes such as Title VII, the Family and Medical Leave Act (FMLA), the Americans with Disabilities Act (ADA), the Age Discrimination in Employment Act (ADEA), and the National Labor Relations Act (NLRA).

Josh works with a variety of national and local clients including employers in agriculture.  Josh graduated from the Emory University School of Law and he is the former Chair of the Labor and Employment Law Section of the Georgia State Bar.  Josh has been selected to the Best Lawyers in America since 2015 and was recognized as a Georgia Super Lawyer since 2015 and as a Georgia Super Lawyer – Rising Star from 2006 through 2014. A more detailed bio is available here: https://www.fisherphillips.com/attorneys-jviau
​Warren L. Williams, II
U.S. Department of Labor – Wage & Hour Division
Albany Field Office, Albany, Georgia

Warren has been with Wage and Hour for over 20 years. He operates out of the Albany Field Office in Albany, GA. From this office he covers all of Southwest Georgia which is about 45 counties which is basically the area between South Georgia and Atlanta.  Warren grew up in Central Florida’s Lake Helen but has called Georgia home since 1997. He is a proud Pittsburgh Steelers fan and Florida State University fan. He has two grown children, Michael and Brianna, and lives in Moultrie with his awesome wife Daphne.
​Jennifer Wren
Georgia Department of Agriculture
Atlanta, GA

Jenny Wren is the Program Director for the Ag Inputs Section of the Georgia Department of Agriculture (GDA). Prior to this role, she was Enforcement Manager for the Plant Industry Division at GDA, where she worked with the feed, seed, and pesticide programs. A University of Georgia grad, Jenny holds a B.S. in Biology and a Master of Public Health. Previously, she was an inspector with the Georgia Department of Public Health, working in environmental health and mosquito control.